Several attempts to connect a display directly to the Esp32 Internet Radio made the radio unstable, so I decided to use a separate Esp8266 board for driving a 2.4″ TFT touch screen.

The result is a stand-alone unit that communicates with the radio’s Esp32 over WiFi, so it’s basically a removable display/remote control, with touch screen for sending commands and displaying radio station, song title and local time. It can be used instead of, or together with, the radio’s web interface. 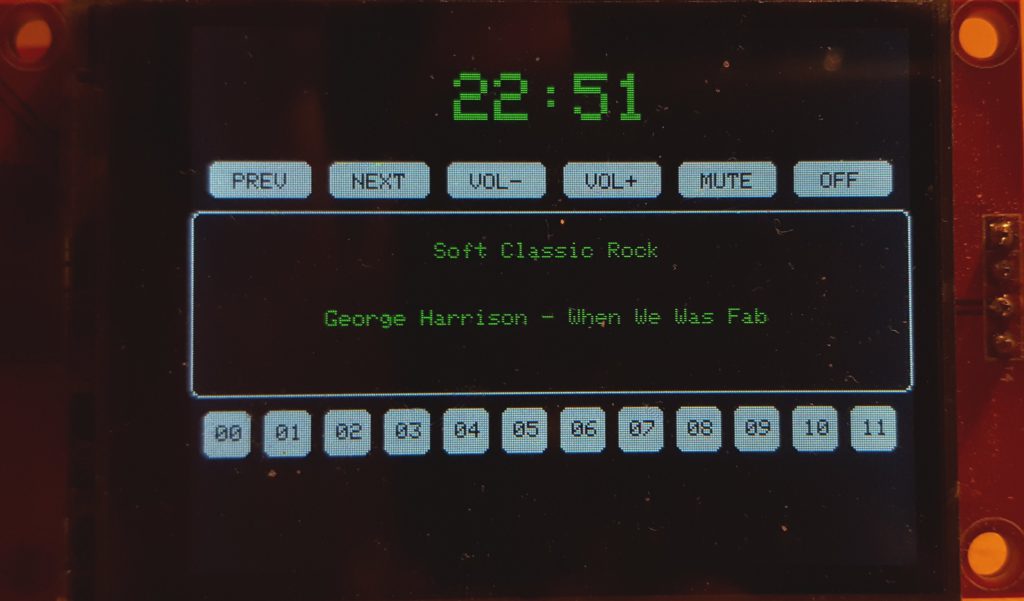 Note: Esp32-Radio is a project by Ed Smallenburg, available on Github.