Here’s another famous fractal that I wanted to try on Arduino: the Newton fractal. It’s named after Isaac Newton’s iterative method for finding roots of functions. The classic example applies the method to function f(z) = z3 – 1 , where z is a complex number. This function has three roots in the complex plane. 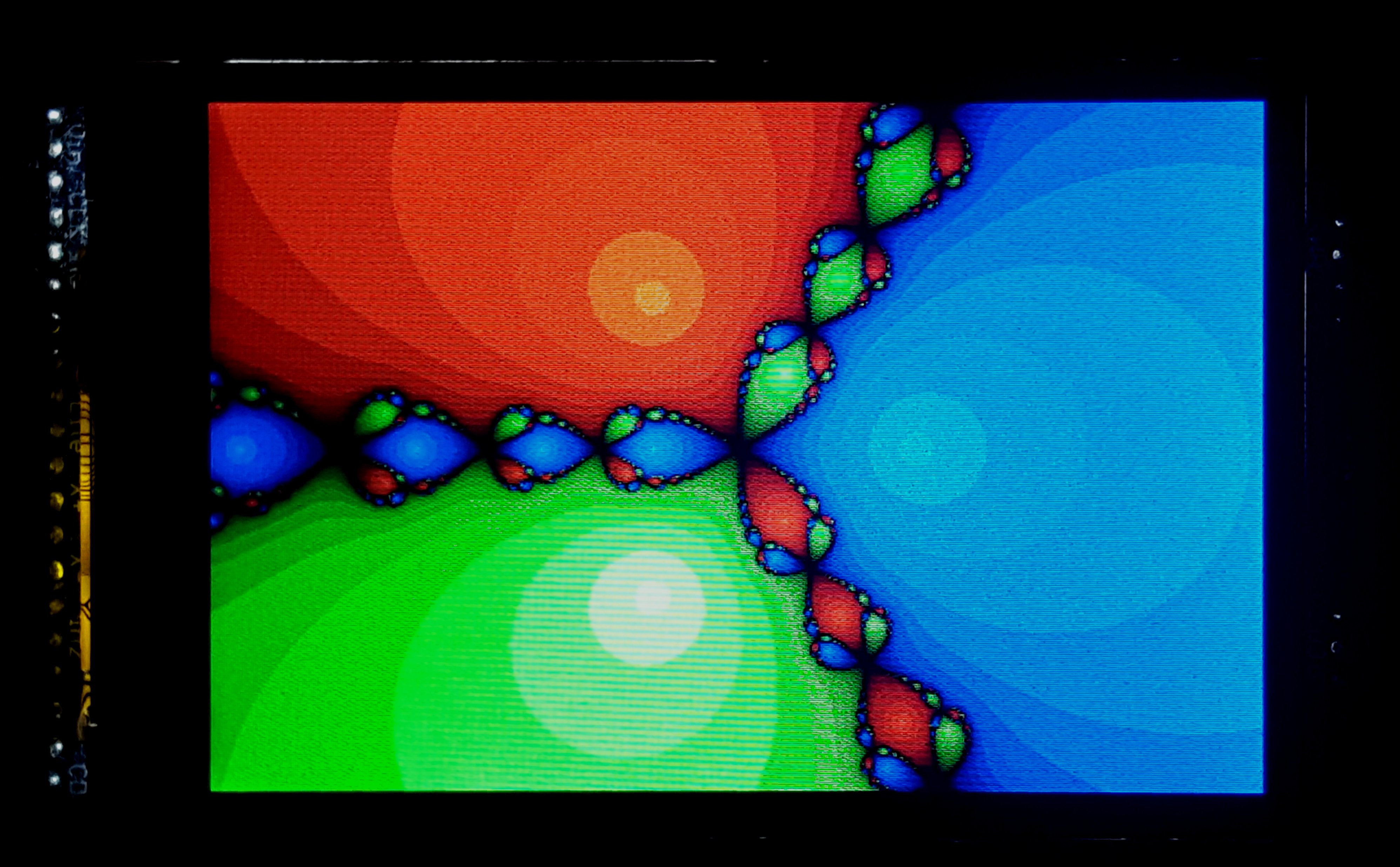 The sketch that produced this picture loops over the pixels of a 480×320 display, mapping each of them to a complex number z0, that will serve as the initial value for Newton’s iteration process:

The basic color of a pixel (red, green or blue) depends on to which of the three roots the process converges. Its color intensity depends on the number of iterations that were needed to reach that root within a pre-defined precision. It’s just that simple!

Apart from playing with different color mappings (always essential for producing visually appealing fractals), I wanted to use modified versions of Newton’s method, as well as to apply them to different functions. The Arduino core has no support for complex calculus, and a library that I found didn’t even compile. So I wrote a couple of basic complex functions and put them in a functions.h file. There must better ways, but it works for me.

Once you have a basic sketch, the canvas of complexity is all yours! 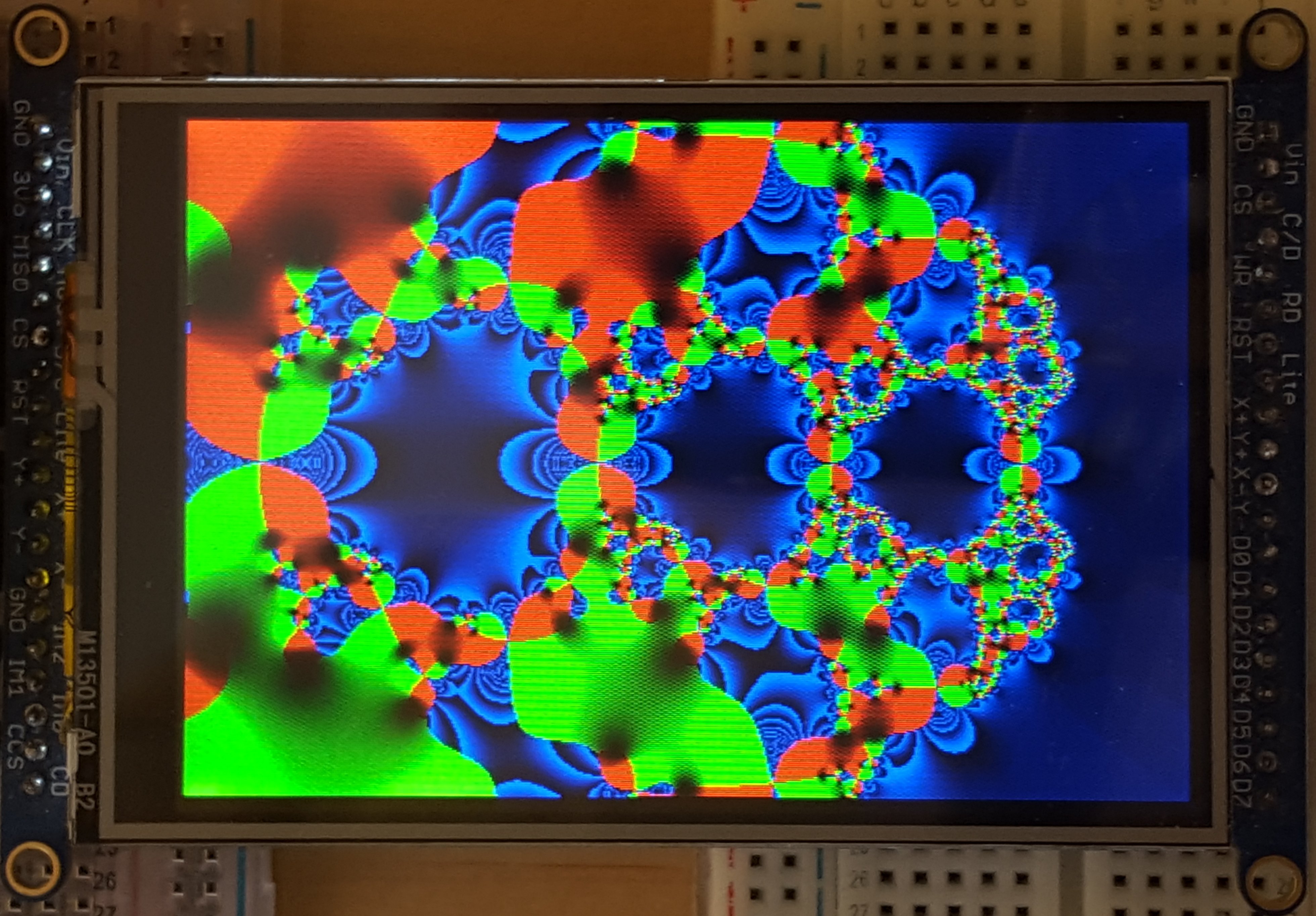 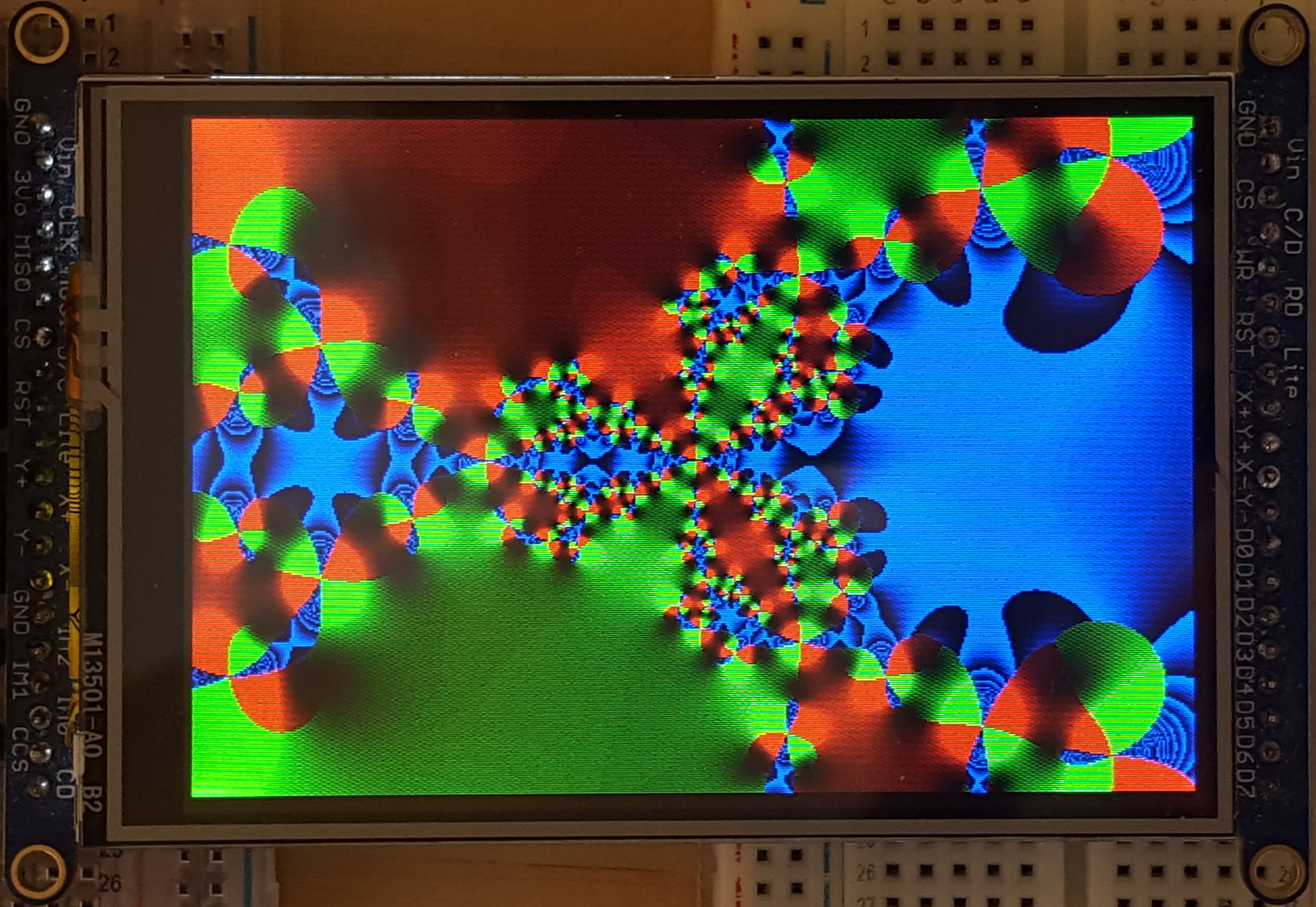 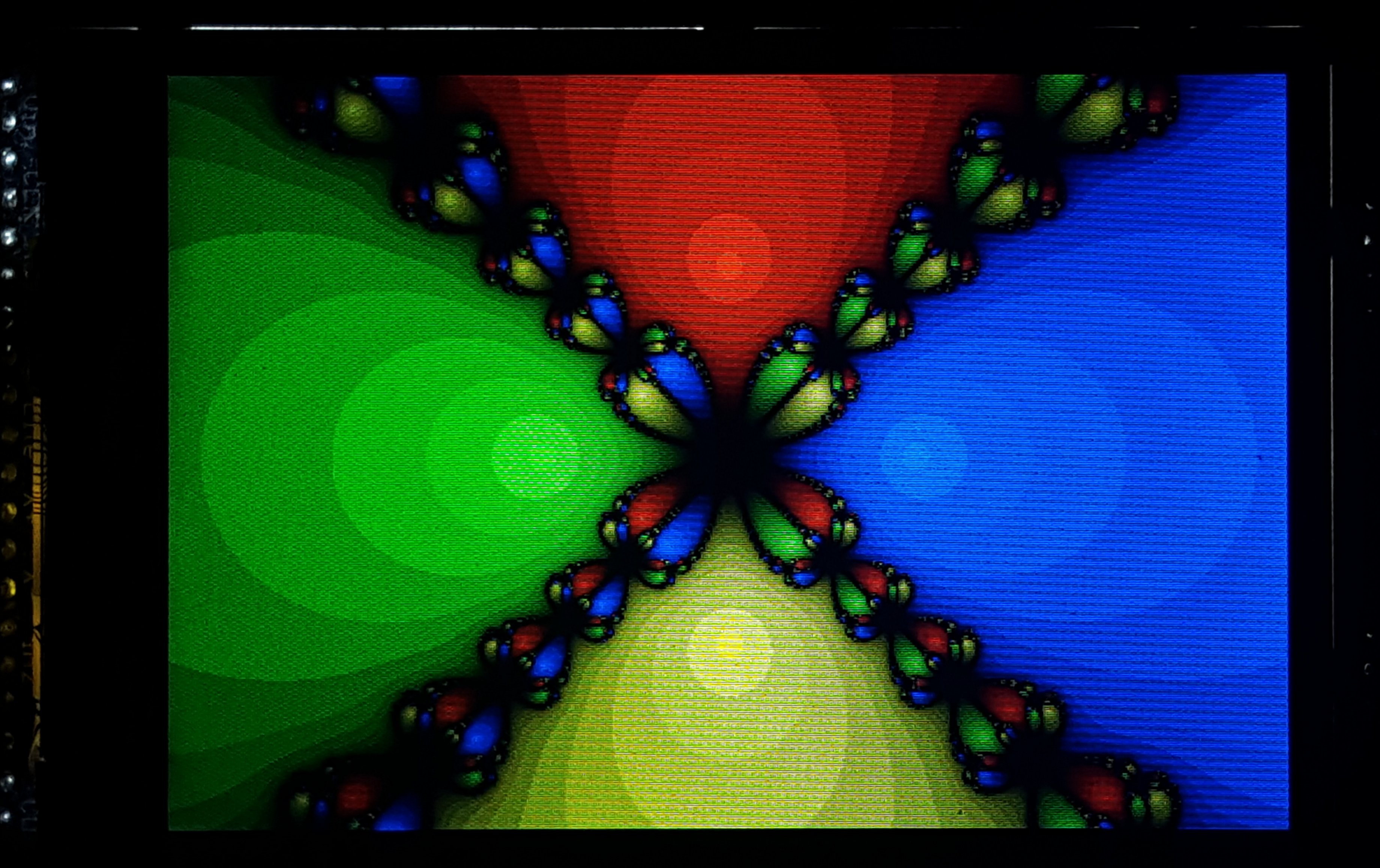 This is my functions.h file. It must be in the same folder as the fractal sketch.

And here’s the Newton fractal sketch. Note the #include “functions.h” on the first line.