I knew in advance that trying to make an ESP32 show moving stereoscopic images on a TFT display would be hard. But sometimes you just want to know how close you can get. Besides, it fits my lifelong interest in stereoscopy*.

I found suitable test material in the form of this animated gif (author unknown). Now I ‘only’ had to find a technique for hiding the left frames for the right eye, and vice versa.

The first technique that I tried used two of these Adafruit “LCD Light Valves“:

Together, they formed active shutter glasses for looking at a single TFT display. Looping over the original frames, the display alternately showed the left and right half of a frame, always closing the opposite eye’s valve. The speed of these shutters surprised me, but their accuracy proved insufficient. In order to make the left frame completely invisible to the right eye and vice versa, I had to build in short delays that led to flickering. Without those delays, there was too much ‘leakage’ from the opposite side, a recipe for headaches. 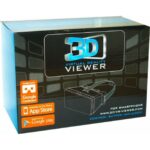 The only solution for the above problem was a physical separation of left and right eye-range (i.e. the classical View·Master© approach). Luckily, I had this 3D Virtual Reality Viewer for smartphones laying around. Instead of a smartphone, it can easily hold an ESP32, a battery and two TFT displays. The technical challenge of this method was to keep both displays in sync.

It’s easy for a single ESP32 to drive two identical TFT displays over SPI. The state of a display’s CS line decides whether it responds to the master or not. With CS for left pulled LOW and CS for right pulled HIGH, only the left display will respond, and vice versa. And when data needs to be sent to both displays, you simply pull both CS lines LOW.

The results of this approach were disappointing. Unfortunately, the time the SPI bus needs for switching between clients proved to be too long, resulting in even more flickering than with the shutter glasses technique.

As for now, I can see only one option left: using two ESP32 boards, each driving their own display. This will likely solve the flickering (this post shows that the ESP32 is fast enough), but now I’ll have to keep both ESP32 boards in sync.

Both boards are in the same housing and share a power supply, so the most simple, fast and accurate way to sync them seemed over two cross-wired IO pins. Unfortunately, and for reasons still unknown to me, when I run the sketch below on both boards, they keep waiting for each other forever because they will always read 1 on their inPin, even when the other board writes 0 to its outPin.

Now that I’ve come closer to a 3D movie viewer than expected, it would be a shame if this apparently simple synchronization problem would stop me.

*The first 3D image that I saw as a kid was a “color anaglyph” map of a Dutch coal mine. It came with cardboard glasses holding a red and a cyan colored lens. The map looked something like this: 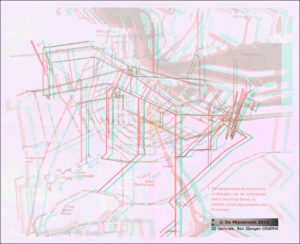 There were also these picture pairs, forcing your eyes to combine short-distance focus with long-distance alignment. It gave me some headaches until I invented a simple trick: swap left and right and watch them cross-eyed… My aunt once gave me an antique wooden predecessor of the viewmaster, complete with dozens of black & white images of European capitals.

A newer ‘antique’ that I like for its ingenuity is Nintendo’s Virtual Boy with its rotating mirror technique. Instant headache, but so cool!

Somewhat eccentric newcomers were the “stereograms”. Fascinating how fast our brain manages to make 3D spaghetti out of their messy images, even if they move! 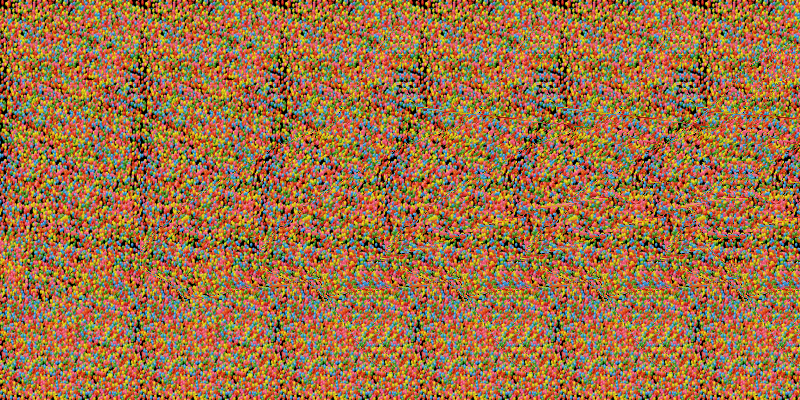